Since Summer 2018, myself (+ sometimes Gary) have taught workshops on making inflatables, which have covered a variety of scales, techniques and settings. Some of our students have gone on to make some very large things indeed, and generally they’ve been a huge amount of fun. 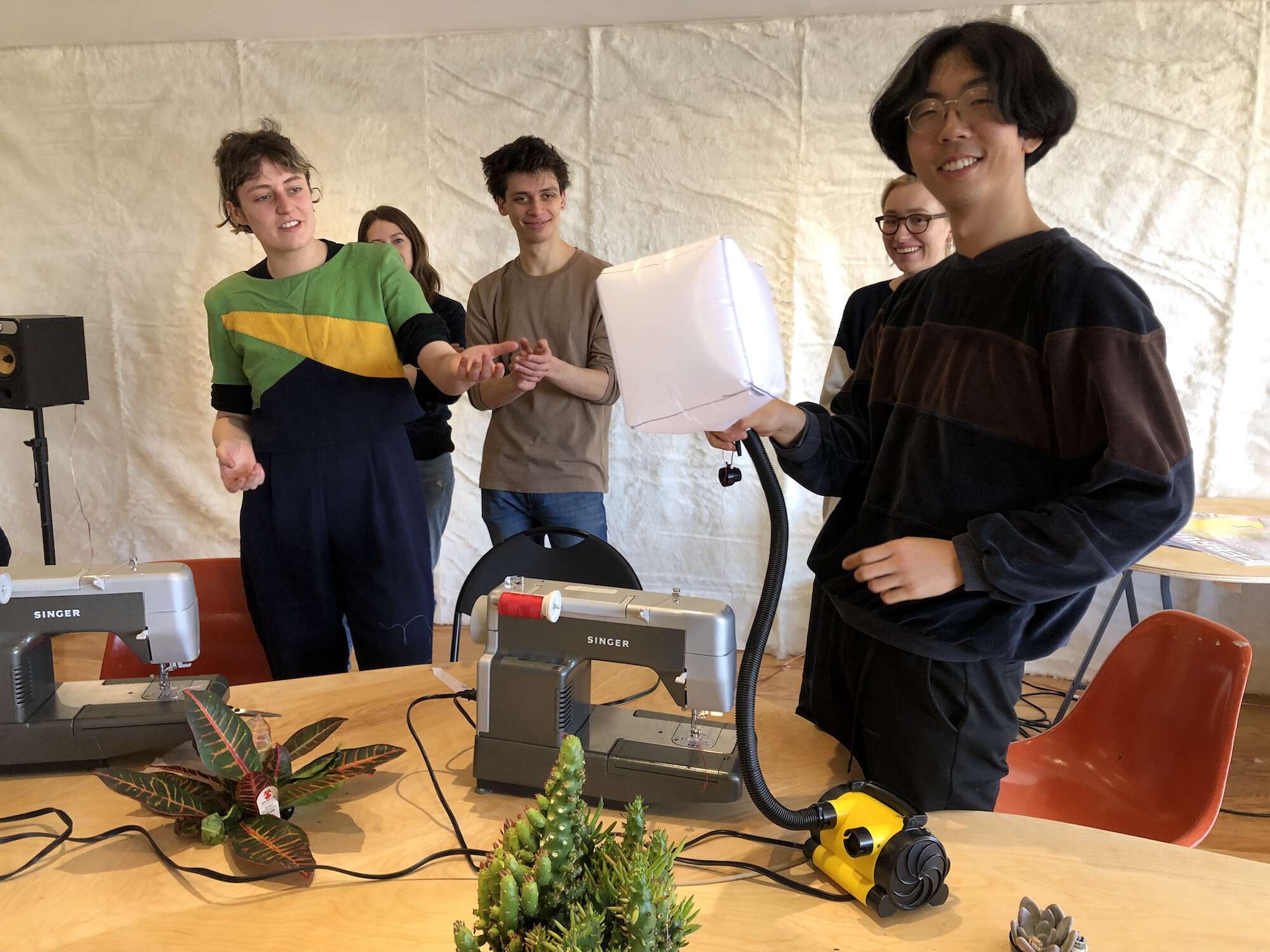 How To Make Almost Anything, Wildcard Week 2018

This was the first inflatables workshop I ran, and also the first iteration of ‘wildcard week’ in the class How to Make Almost Anything, where skills too specific to merit a week of their own in class are guest-taught, giving students a choice of different skills to learn. I ended up doing this 2 years in a row! 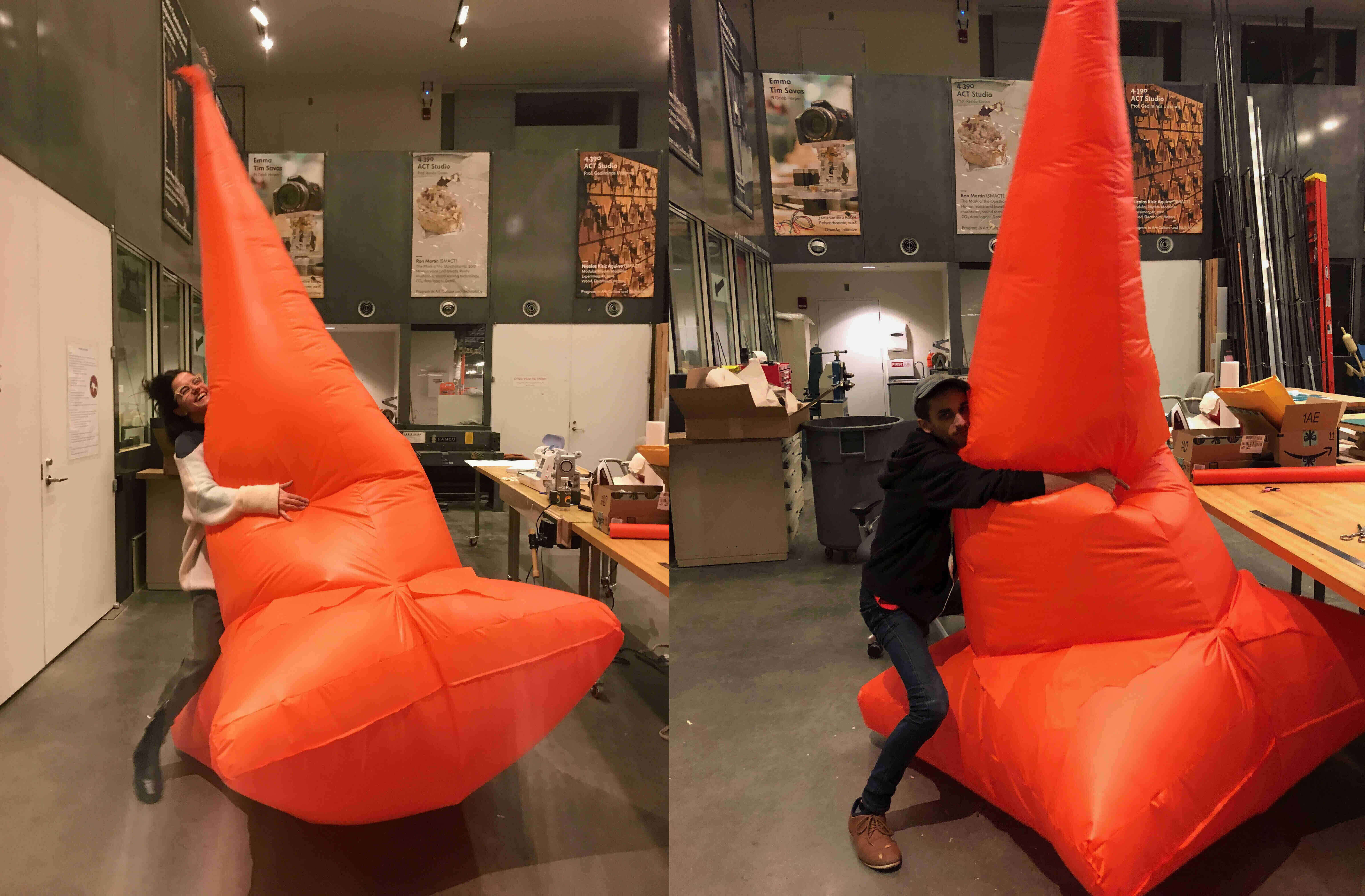 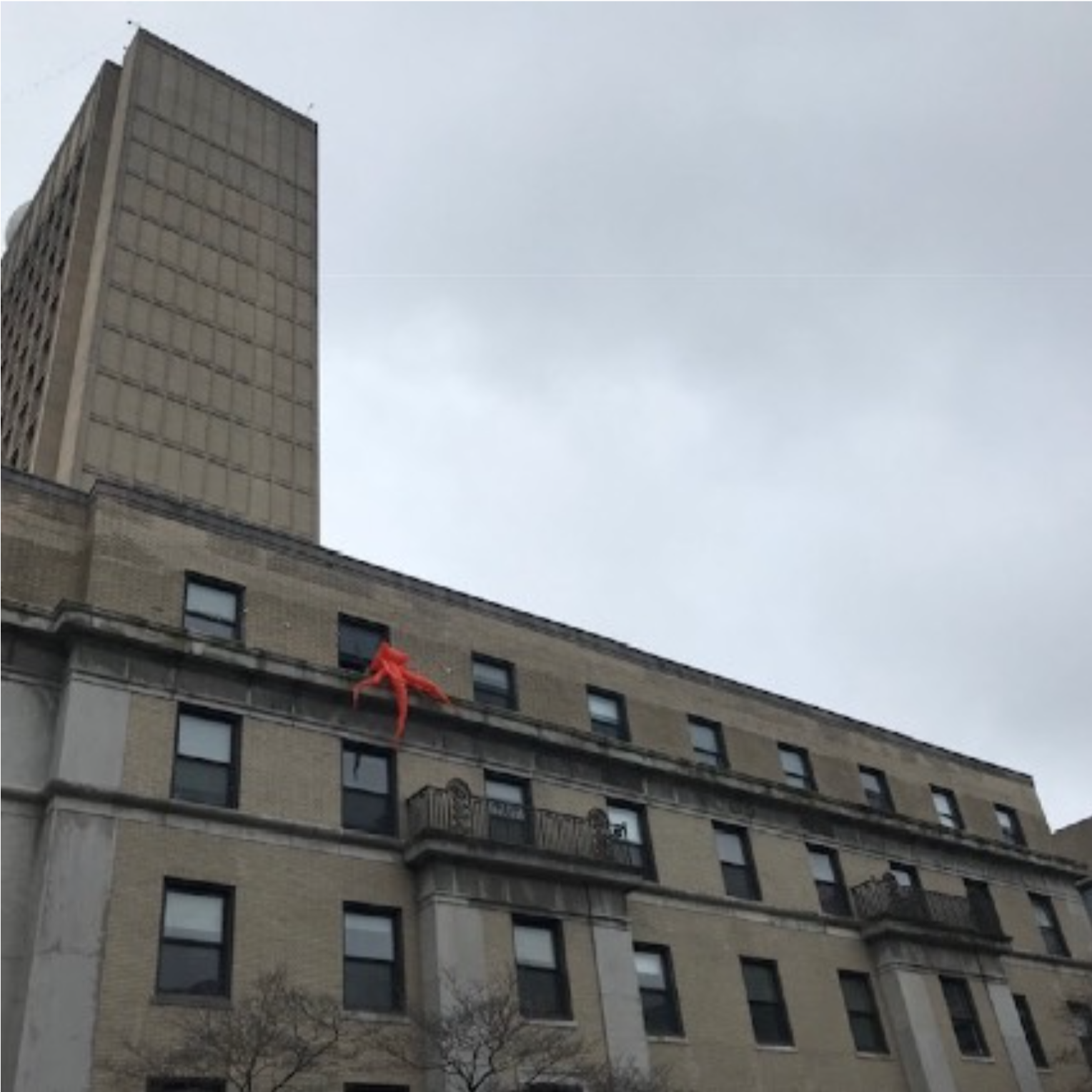 Students in MIT’s ACT program ran a ‘school within a school’ over the month of February in 2018 and 2019. For the 2019 version, Gary and I ran a series of inflatables workshops. The first of these focussed on sewn inflatables, teaching students basic sewing skills, then explored different forms – wearables, large fans, air+bicycle-powered. 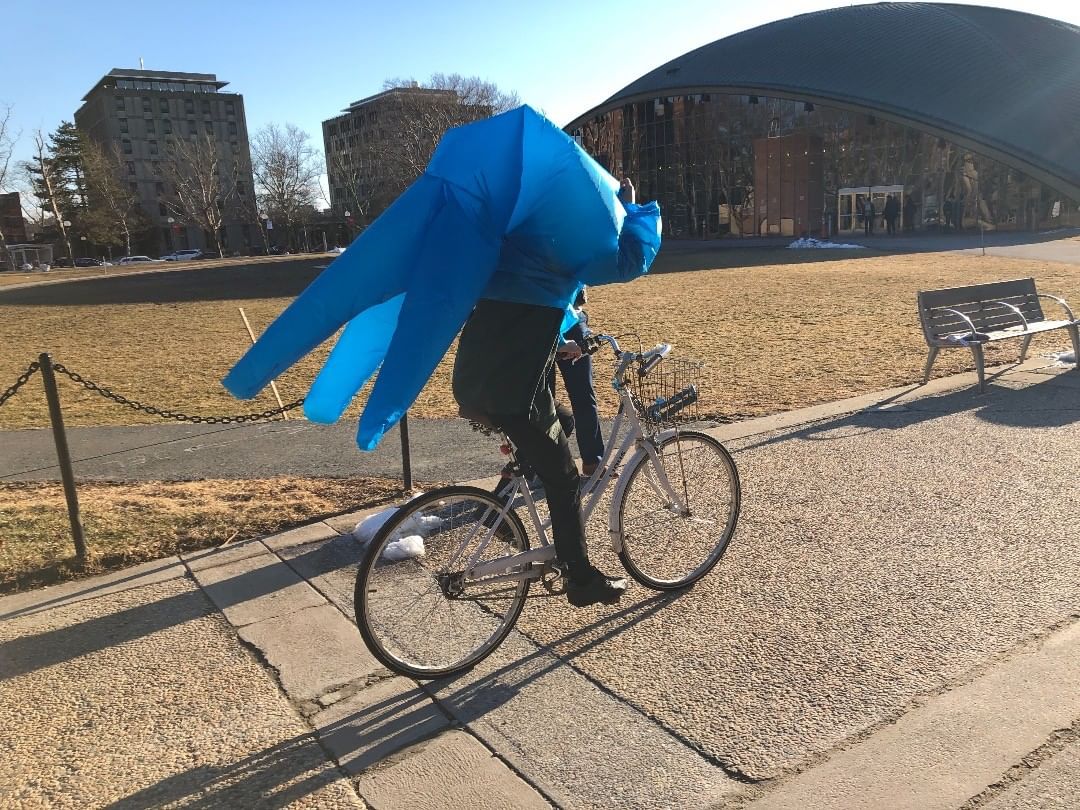 Inspired by Ant Farm’s Inflato Cookbook, we used the second session to focus on inflatables at scale, using polythene sheeting + duct tape to construct an environment that we could (just about) all fit inside. 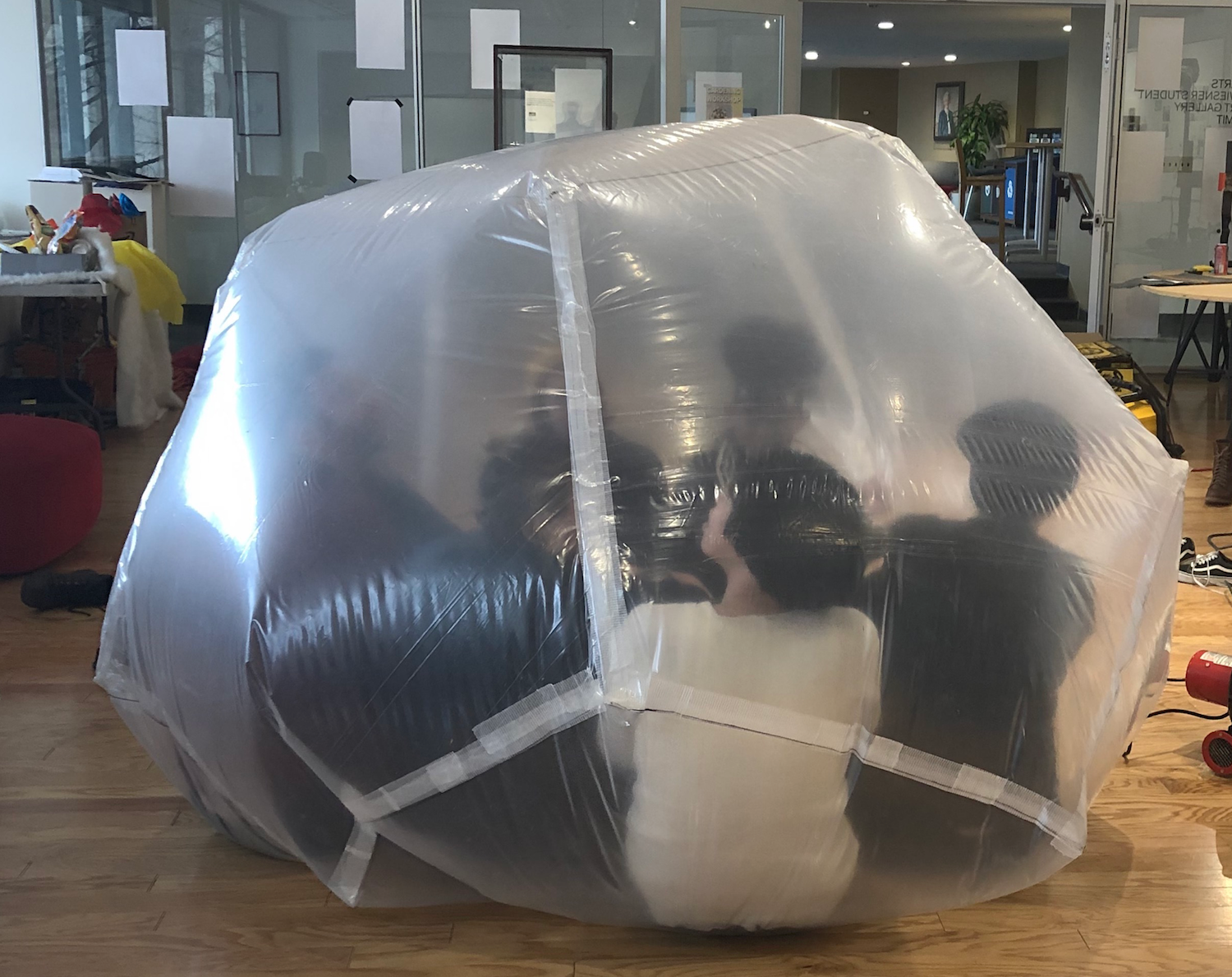 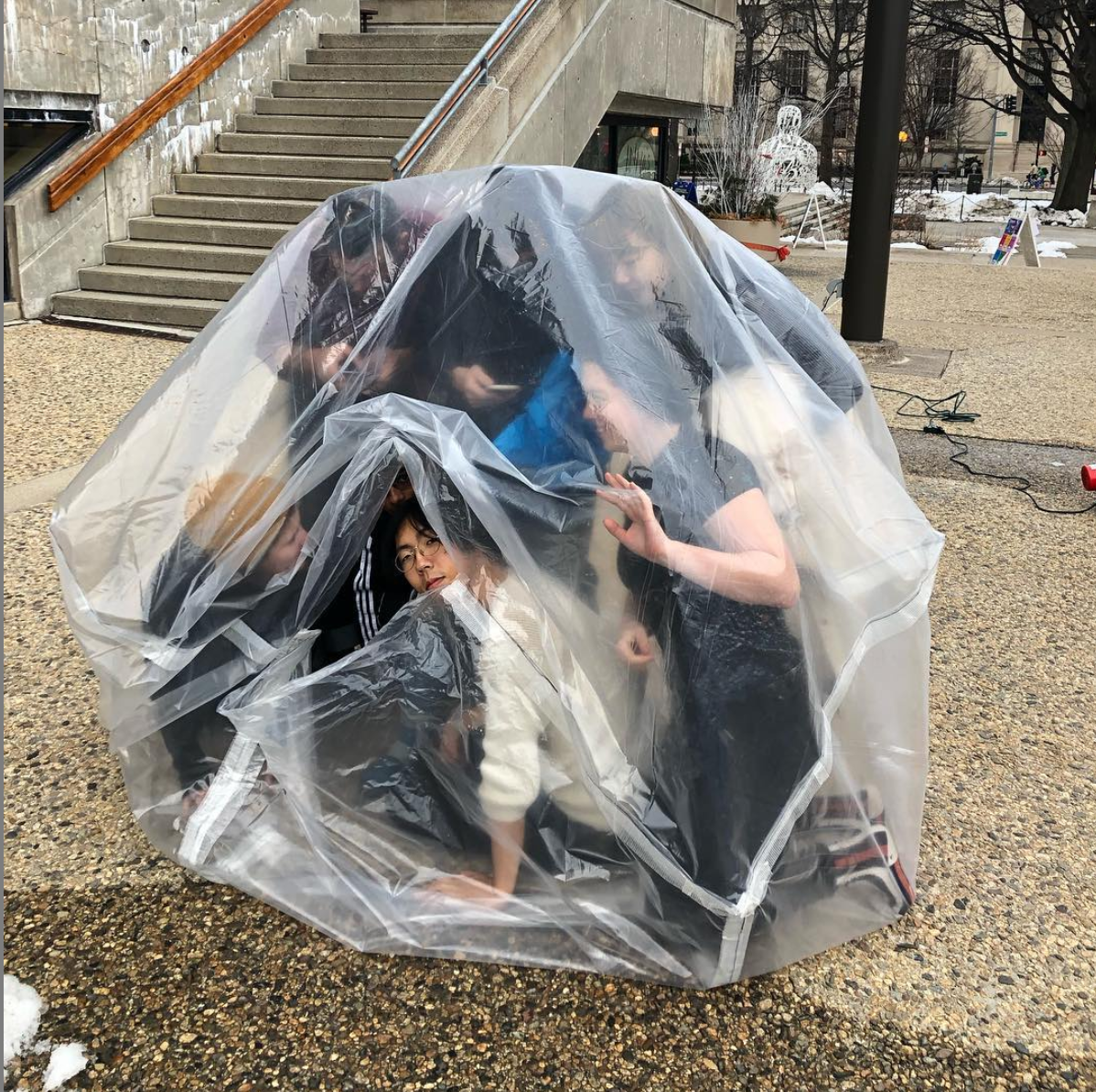 We hosted a special workshop to mark the appearence of war criminal Henry Kissenger’s visit to campus to launch MIT’s new College of Computing. The resultant inflatable (intended to be in the shape of a missile) run from a battery-powered fan, and accompanied the protest on a march through MIT campus (if anyone has photos of this, would love them) 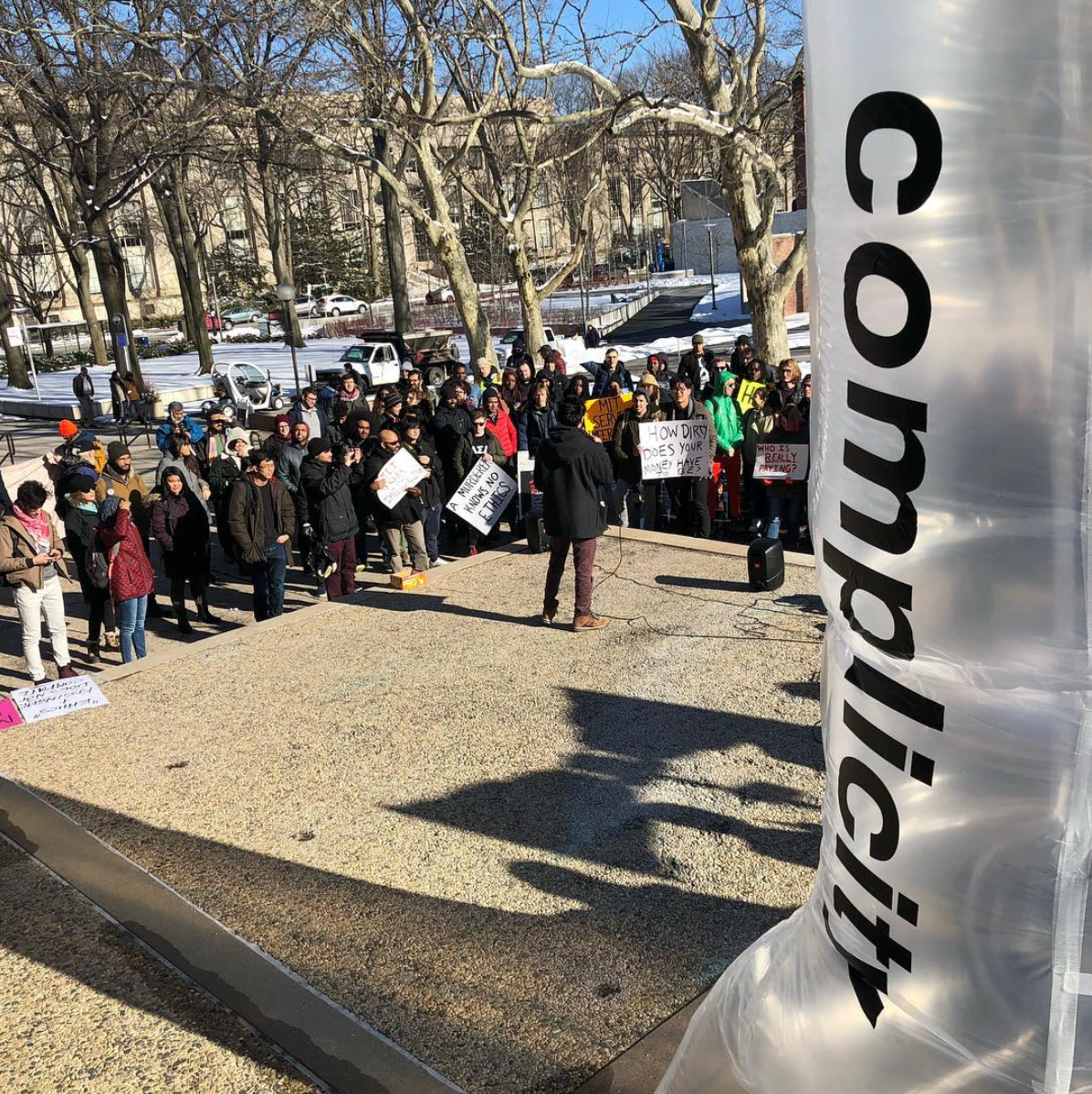 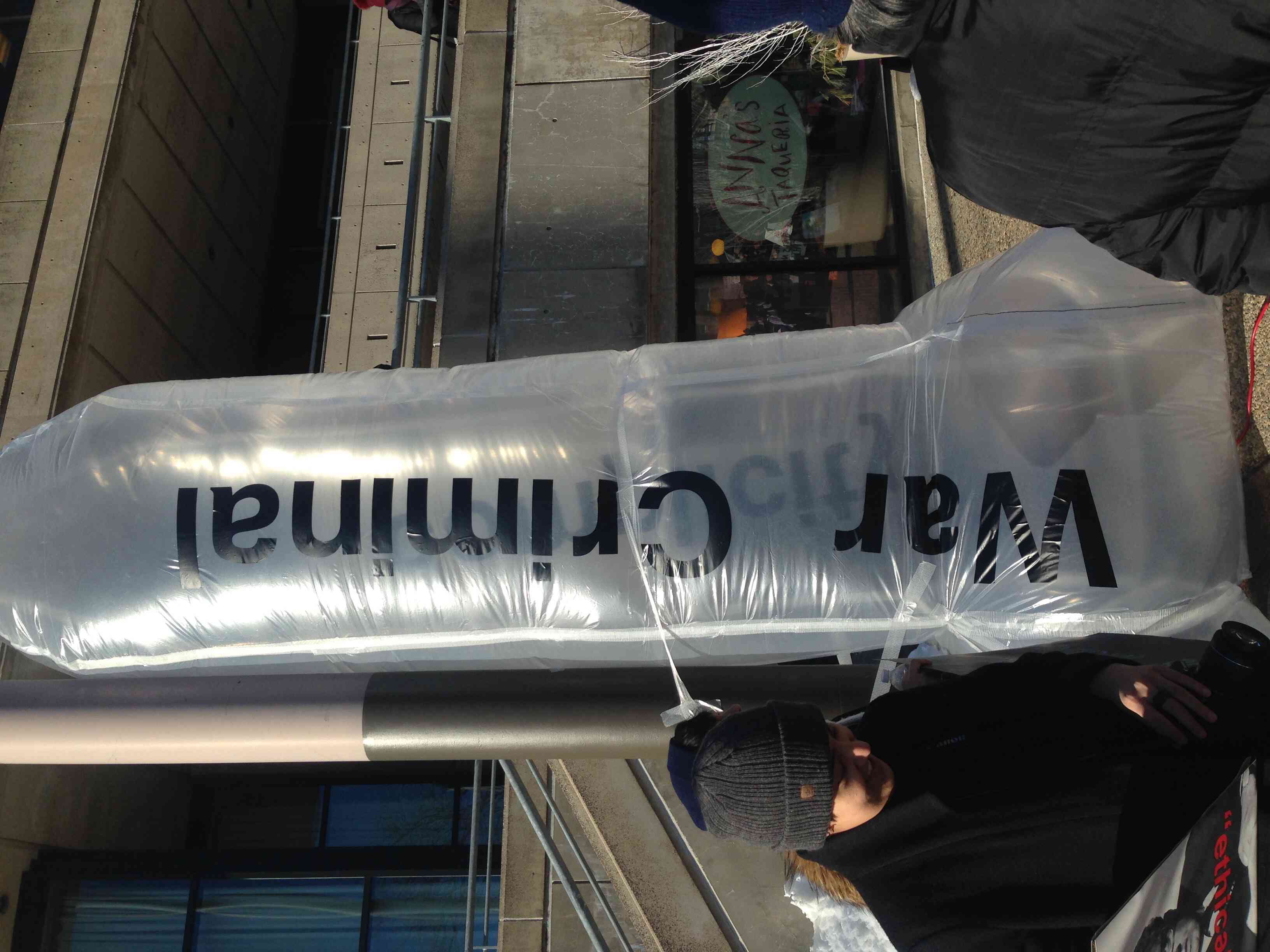 I organised a day-long drop-in workshop at the festival of learning, which resulted in an inflatable designed and assembled by a group of around 10 people total, with minimal guidance. While not the most coherent of forms, it had a certain charm. 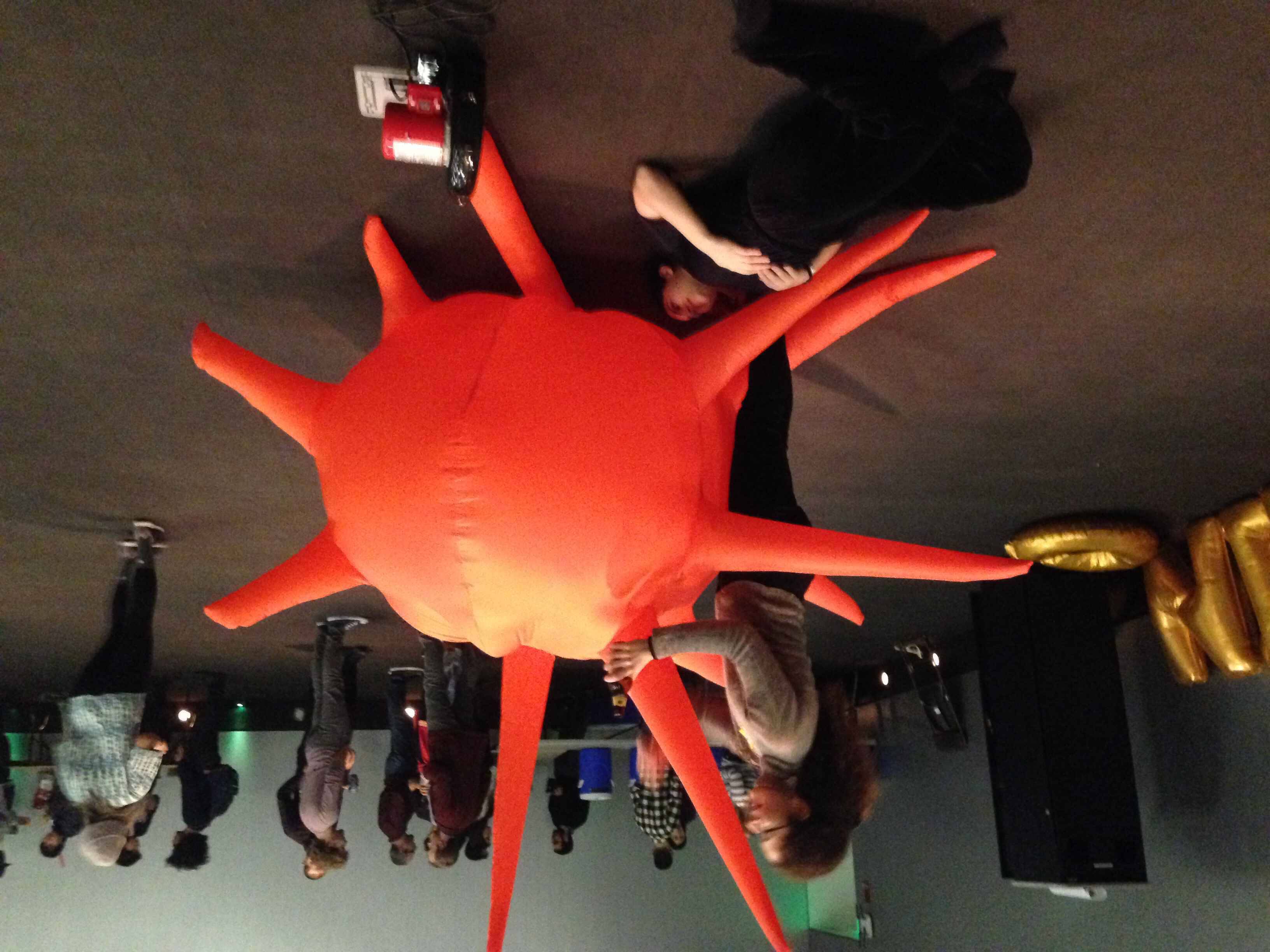 How To Make Almost Anything, Wildcard Week 2019

For the second iteration of HTMAA’s wildcard week, students produced a really stunning range of projects. At Neil’s behest to ‘please, add more CAD, this is a digital fabrication class, you can’t just think about things then cut them out’ we also had the help of Sam Calisch and Sarah Falcone to use the Zund machine to automatically cut the fabric with a drag knife. 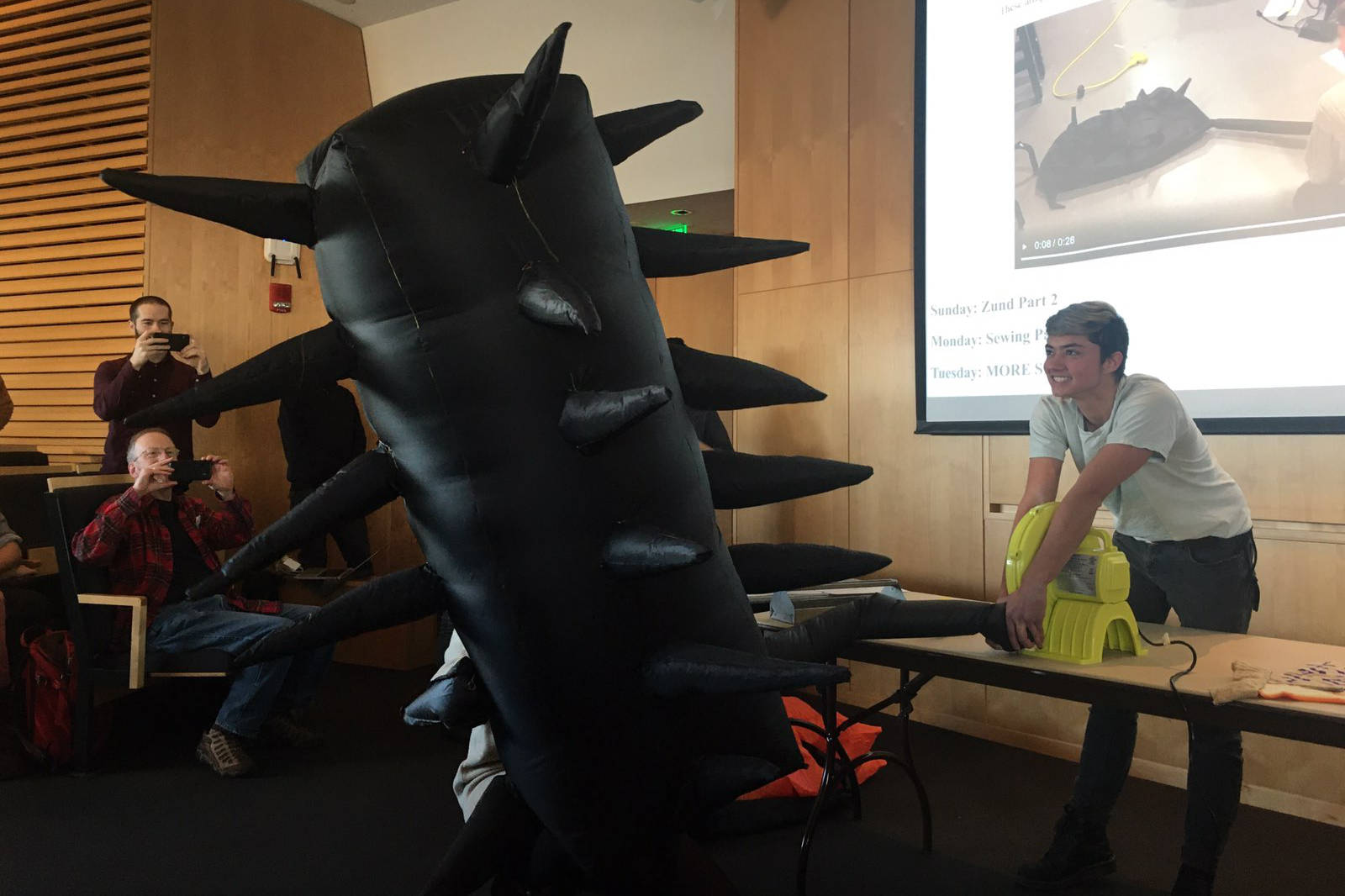 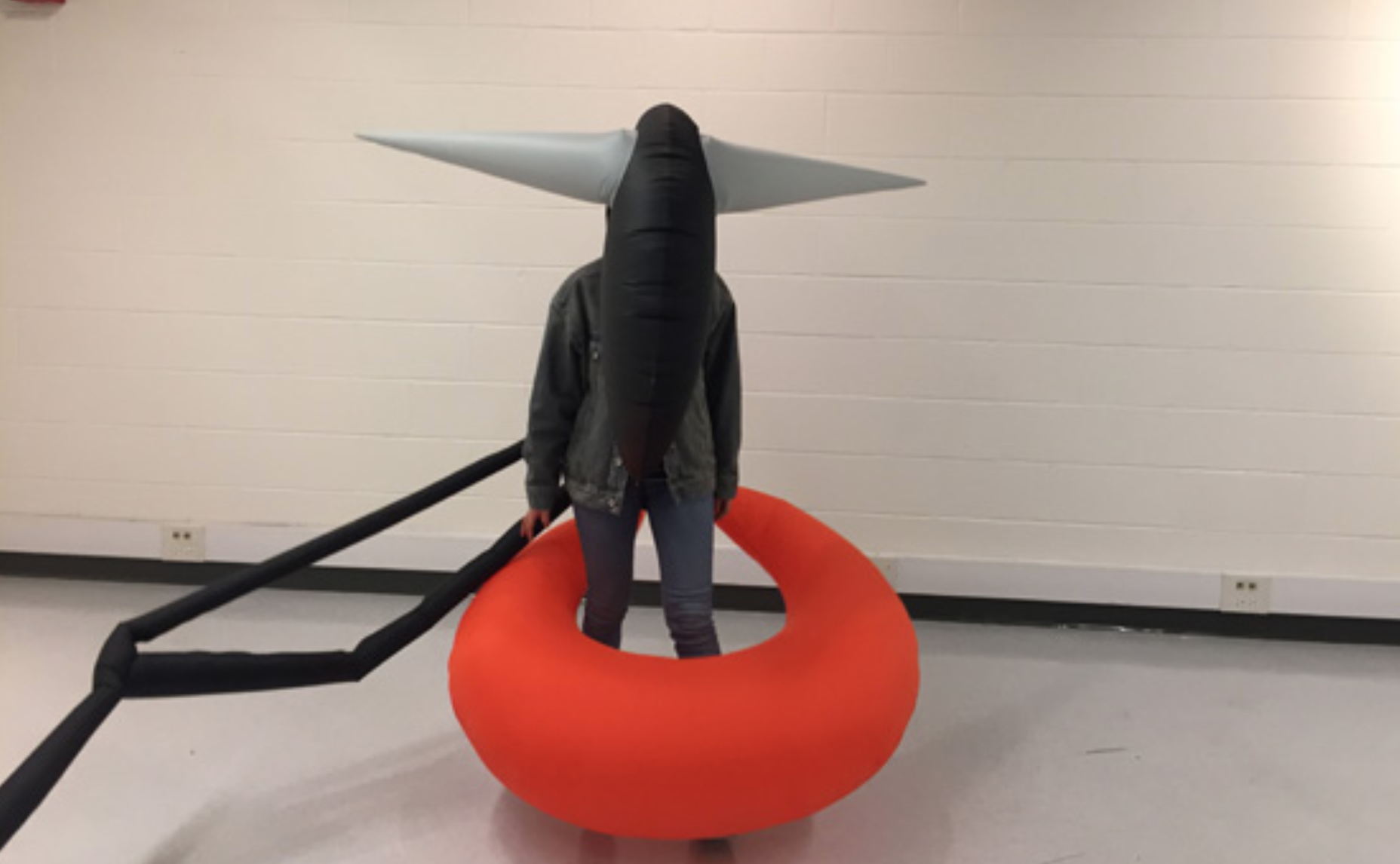