Internet as a City

Internet as a City was a workshop that we (Foreign Objects) ran as part of the 2018 Decentralised Web Summit in San Francisco. In it, we used metaphors from architecture and urbanism to explore decentralisation, thinking about the use and misuse of rules and spaces, and decision making about networks. The workshop was developed – in part – as a response to what we saw at the time as being an extremely ‘modernist’ and rigid approach to protocol and governance in certain parts of the decentralised web community; the idea that somehow you could define a set of rules that would absolutely goven peoples’ behavior towards a space, platform or resource. 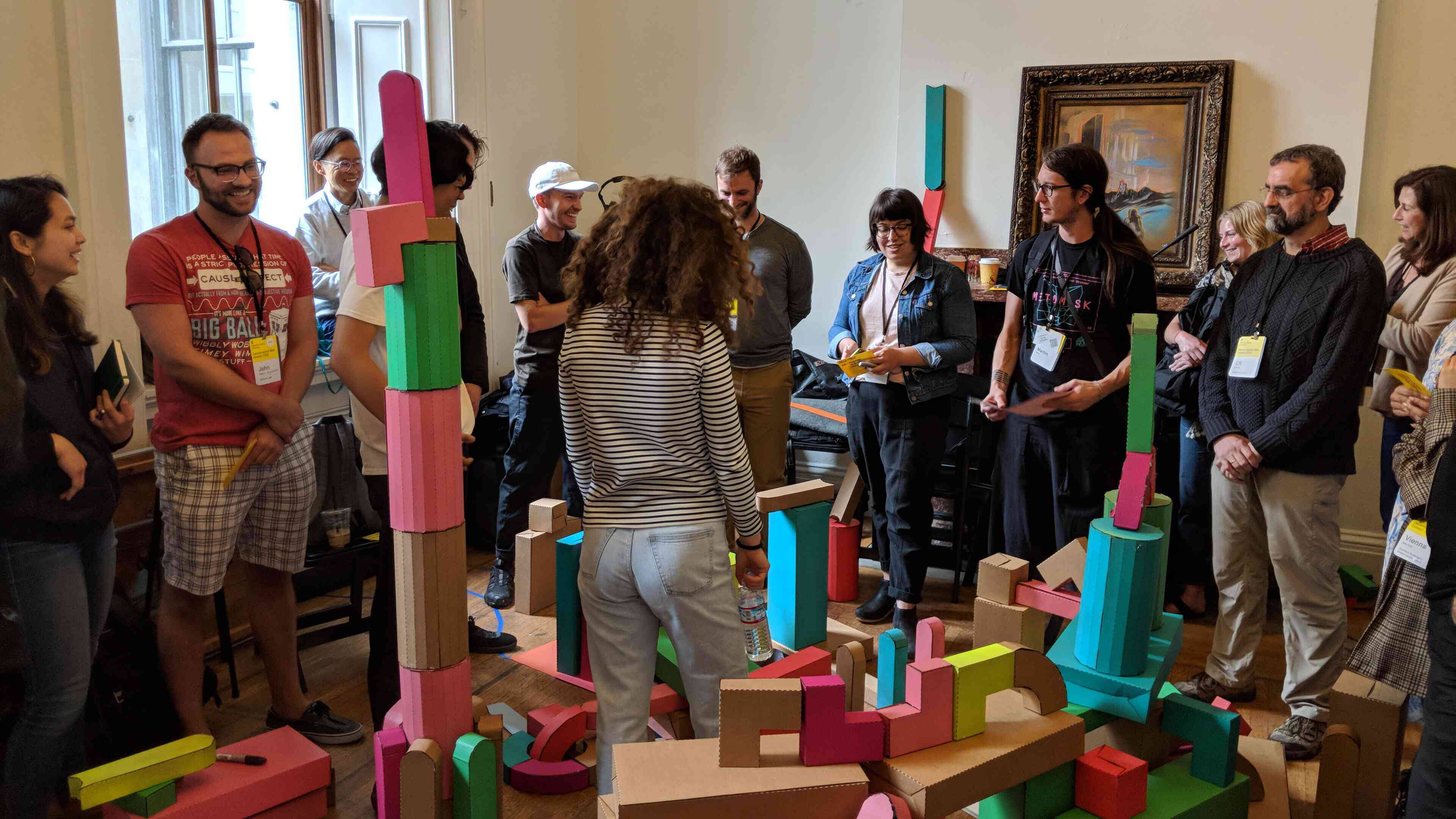 IAAC was our first major project together as a collective, and involved flying with 300 flatpacked cardboard boxes from boston to san francisco (really testing out the delta airlines ‘volume based’ luggage dimension policy). 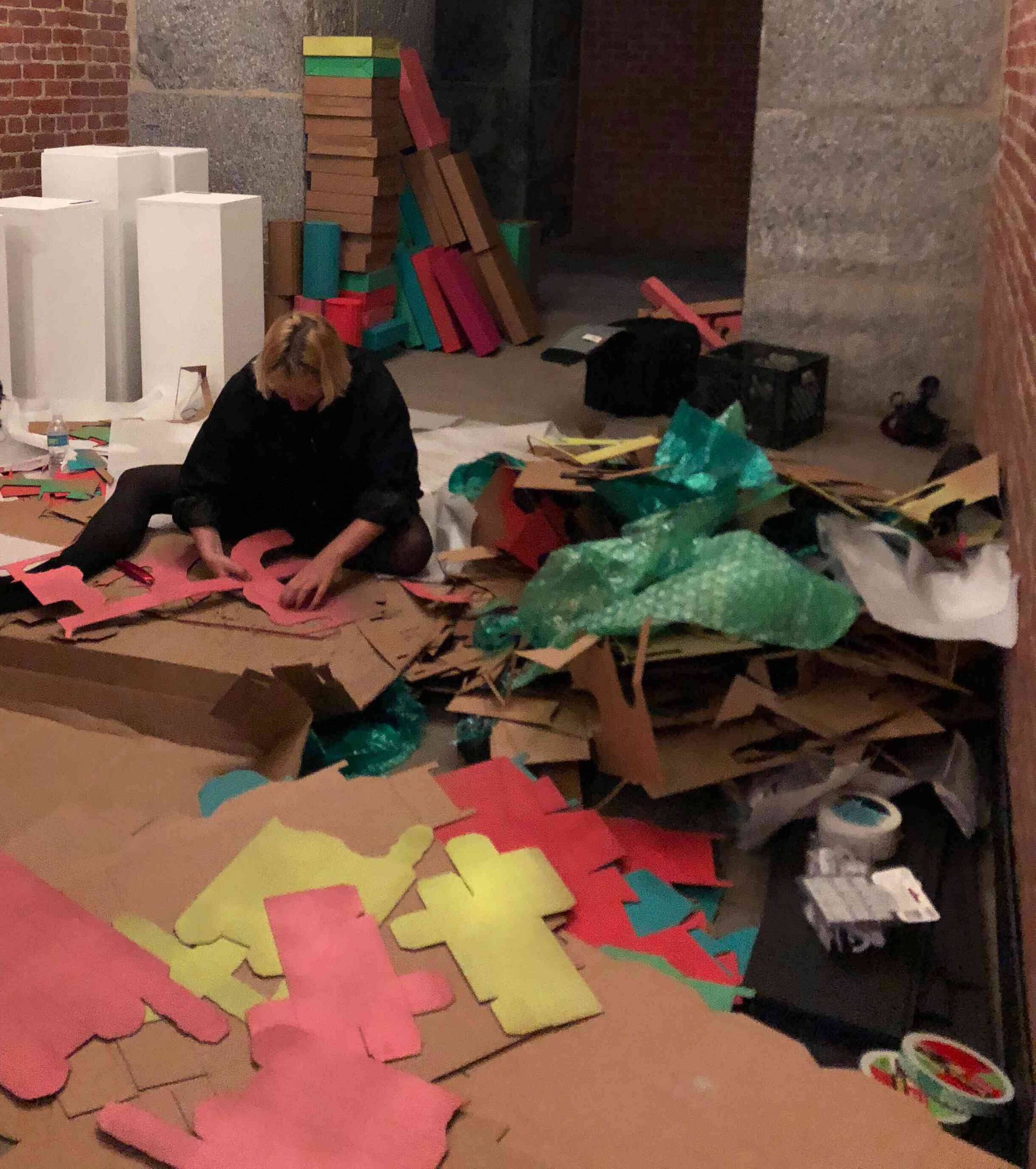 In the warmup exercises, we explored different analogies between cities and networks – thinking about routes one might take walking or browsing, drawing parallels between different internet policies and their urban equivalents, e.g. what does gentrification look like online? For example, Haussman’s surveillance-friendly boulevards in 19th-century Paris vs. national web firewalls are both ways of mediating and observing ‘traffic’. 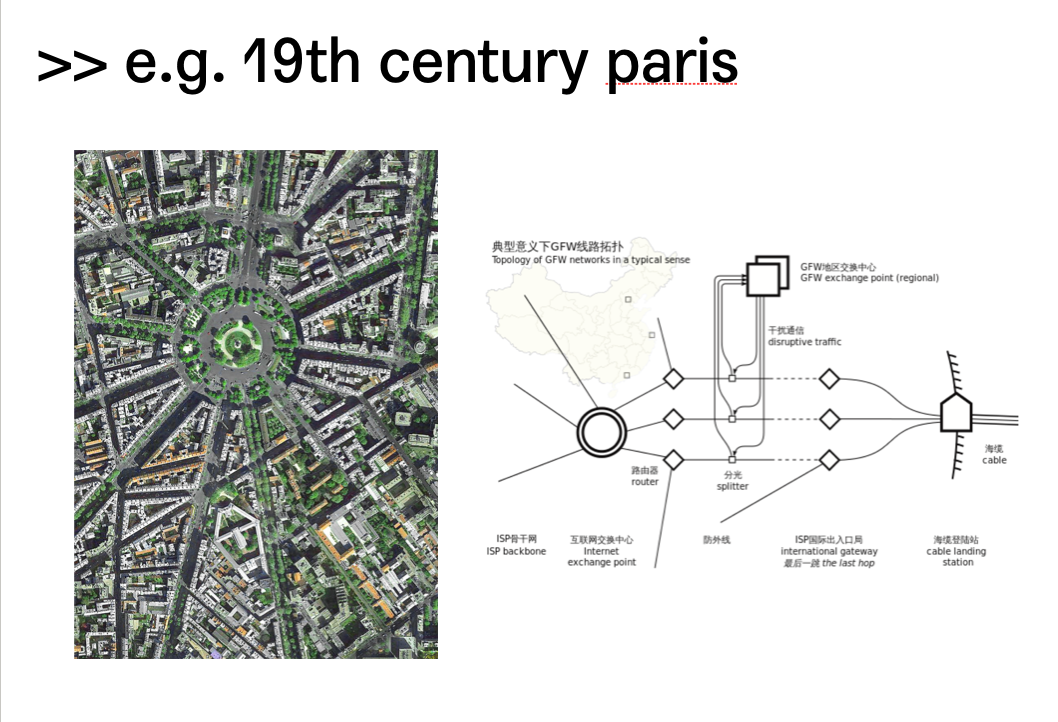 In the second half, we got participants to work together to construct ‘cities’ from a set of cardboard primitives that manifested a kind of network protocol. Everyone was given a particular part to role-play (ISP Landlord, Social Network Tenant), and at the end we discussed how those interests had shaped the resultant network-cities. (then, at the very end, everyone got to make a big pile out of all the blocks). 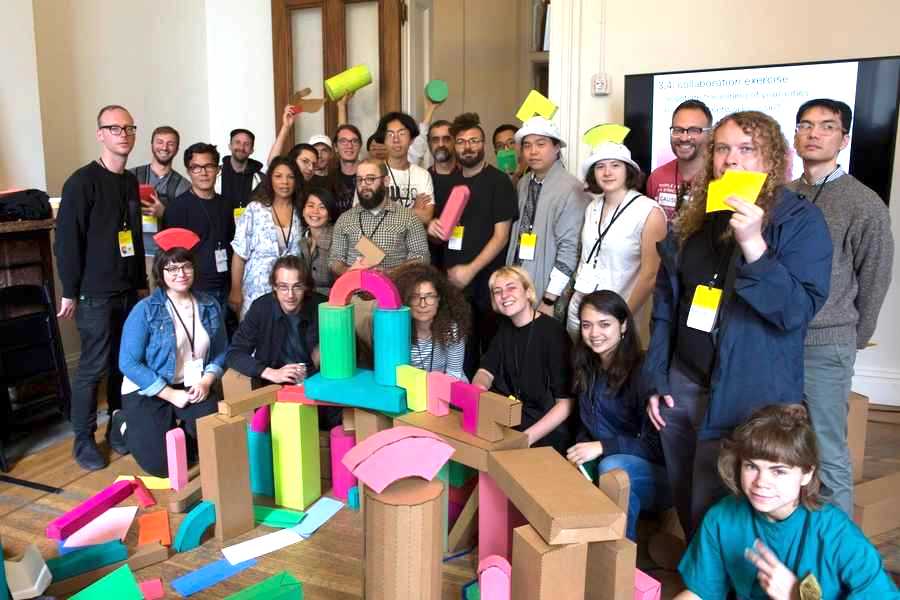 Sam also made this beautiful game to accompany the work: 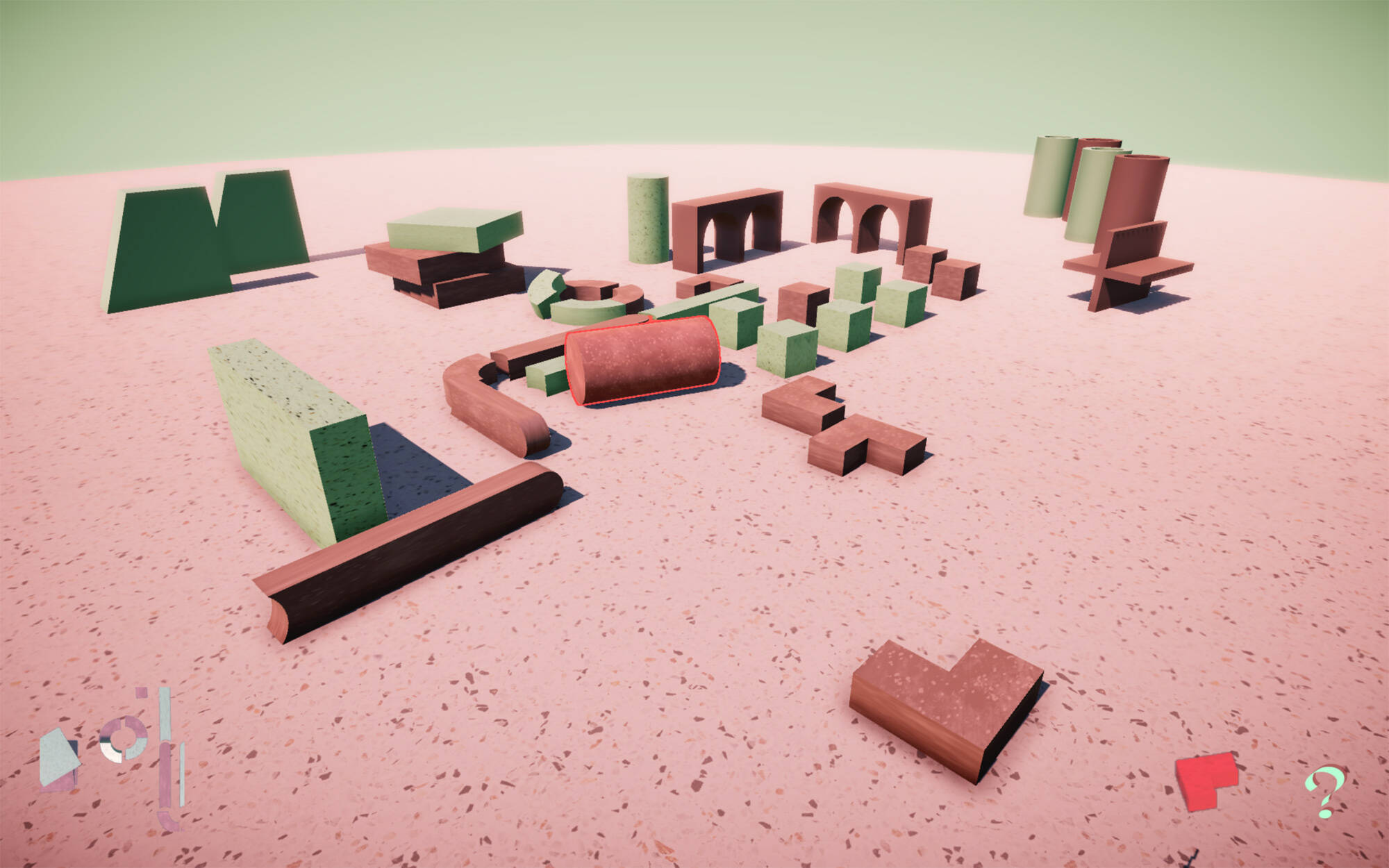