Bot Chat was a workshop that we (Foreign Objects) ran as an accompaniment to the Bot or Not project for the Mozilla Creative Media Awards. Because of COVID, we were only able to run it twice: once for our cohort at New INC, and another time at Rutgers University, by invitation of Mindy Seu.

The workshop is designed for young adults, and explores what it means to interact with artificial agents that pretend to be human, through discussion and role play. The outline of the workshop (and some images from the 2x we ran it!) are documented below.

In this part of the workshop, students are encouraged to engage with where they might have encountered bots in everyday life. Given examples of bots such as Amazon Alexa, automated email responses, robocalls, and spammy online messages, students discuss how encounters with these agents make them feel.

In groups, students then consider these examples with a series of questions, e.g. What do these examples have in common, and what is different about them? How does it feel to realise that the ‘person’ you’re talking to is not a human at all? How would you feel if you weren’t able to tell if you were talking to a human or a bot?

Taking a number of examples from the first part of the workshop, this section is a short lecture on the history and technology of bots, interspersed with audience interaction. For example, when discussing the bot ELIZA, participants from the audience read a transcript of ELIZA’s interaction with a user, and speculate on how it might have produced that output.

Students also experiment with replacement grammars, first using a basic example, then creating their own. This section is summarised by a discussion, where students compare different bot-making techniques.

In this part of the workshop, students consider the world from the perspective of a bot. This task is introduced with an example, where 2 students each get a set of pre-written rules, and must follow them to comment on some art pieces. In groups, students are then tasked with writing their own algorithm to critique pieces of art, using ‘If This, Then That’ rules.

Students then perform their algorithms to the rest of the group, using them on a set of unseen artworks to generate new outputs.

The final discussion is held as a whole group, where students explore the following questions: 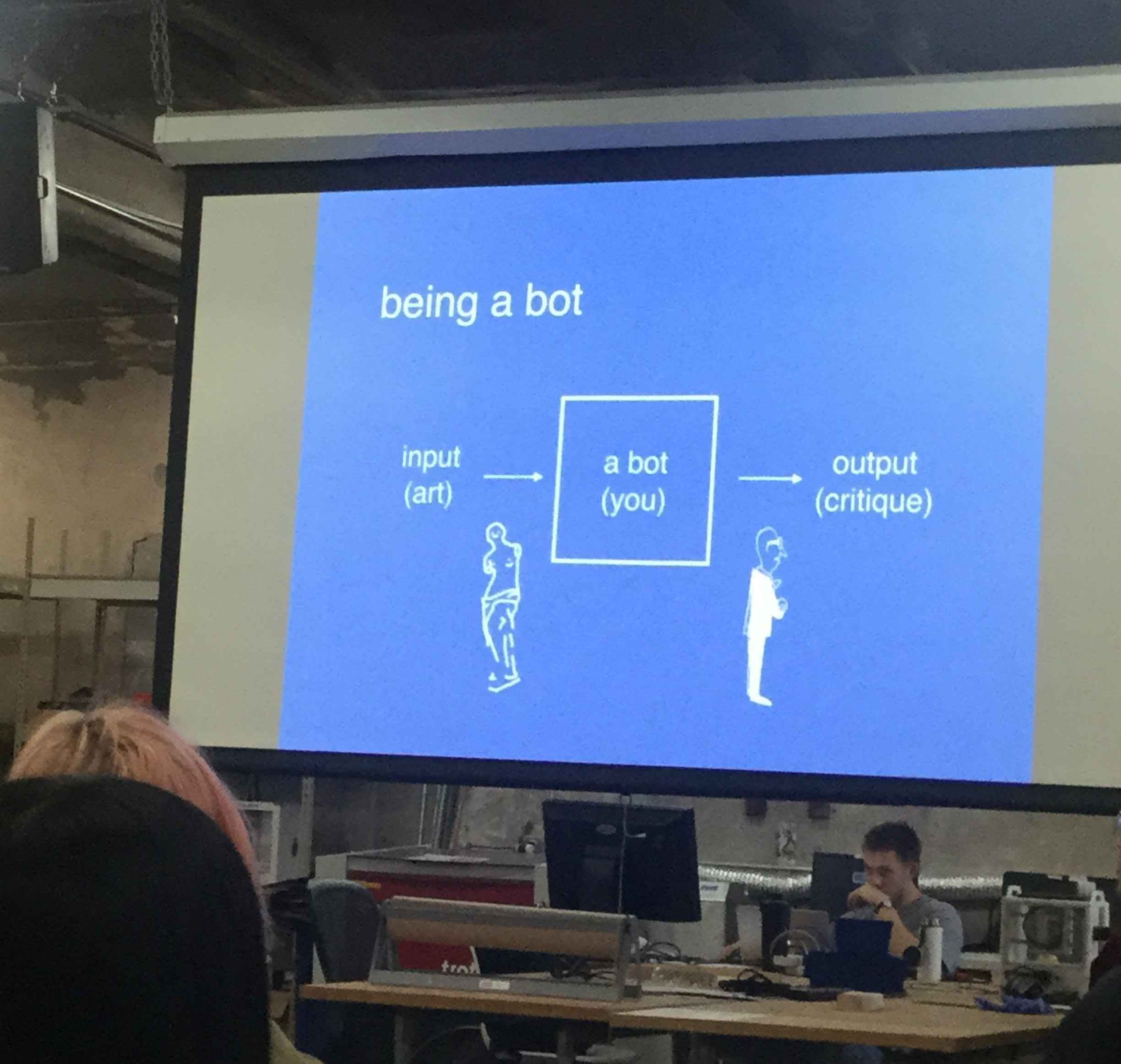 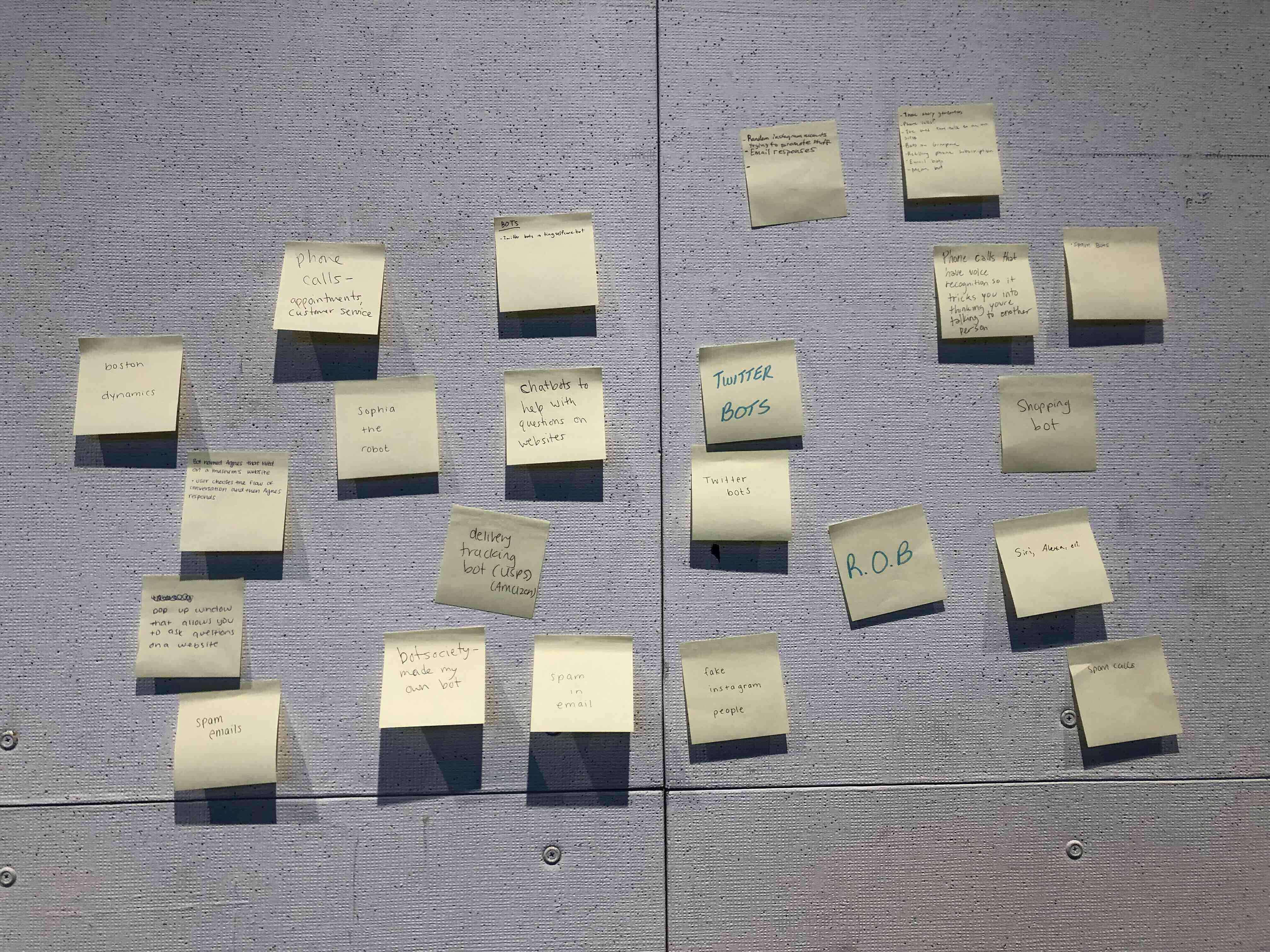 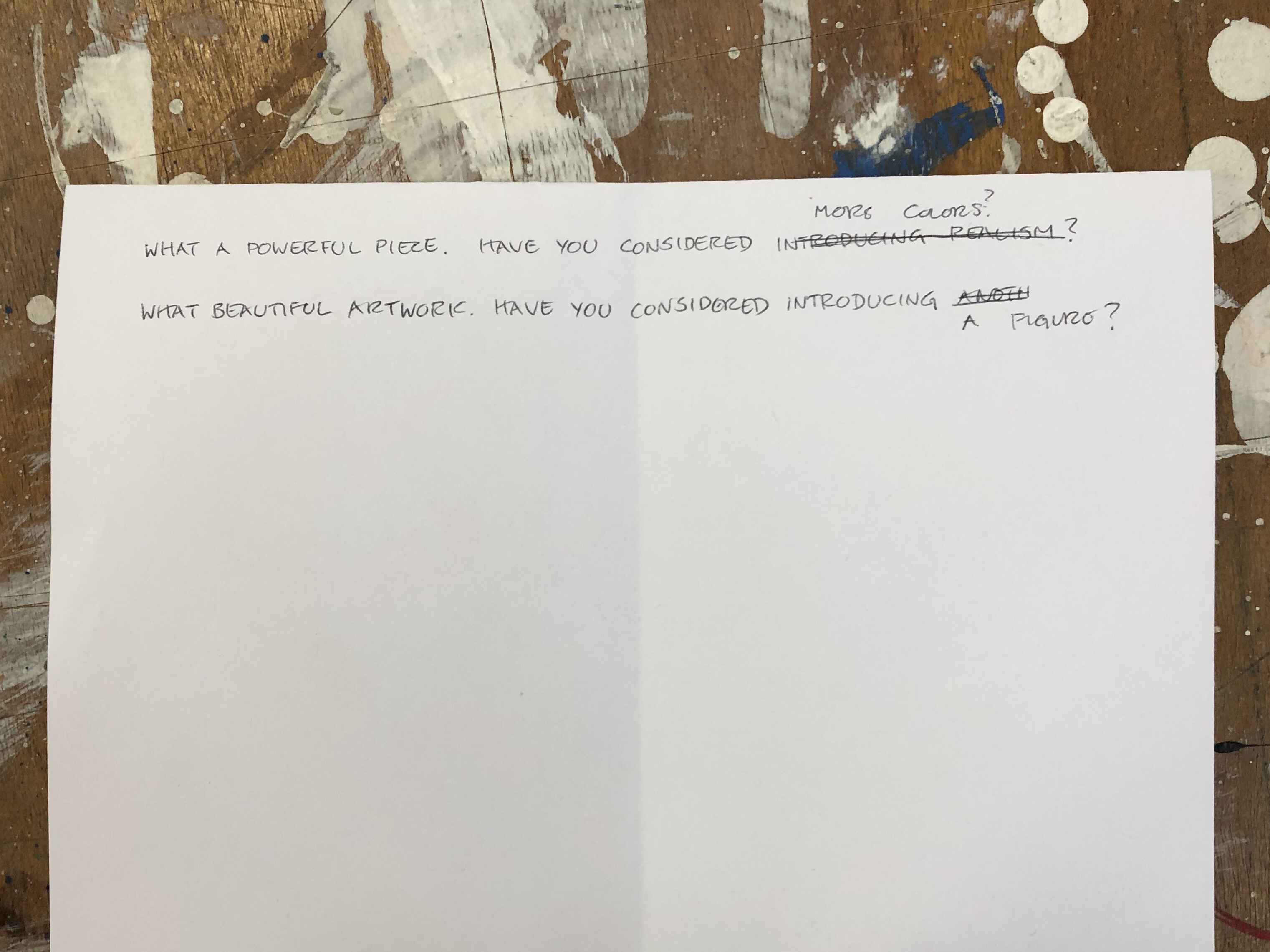